Please note that we are currently accepting patients by appointments only

Body language isn’t just something humans do, it’s used across many species of animals including both dogs and cats. For instance, when your dog is wagging their tail, they’re not just doing it just for the sensation. There’s intention behind their action.

Below are a few of the main ways you can read your dog’s body language to better understand your canine companion.

What Does It Mean When a Dog Is Wagging Their Tail?

The most common body language you’ll encounter with any dog is the action of wagging their tail. We’ve commonly thought this means they’re happy or relaxed, however, there’s more nuance to it.

If your dog is relaxed they will have slower wags. Faster wags mean they’re on high alert.

The direction also has intention behind it as well. If your dog is wagging their tail more to the left, it means they consider what they’re facing more negatively.

However, if your dog is wagging their tail and it’s spinning in a circle it does mean they’re actually happy. 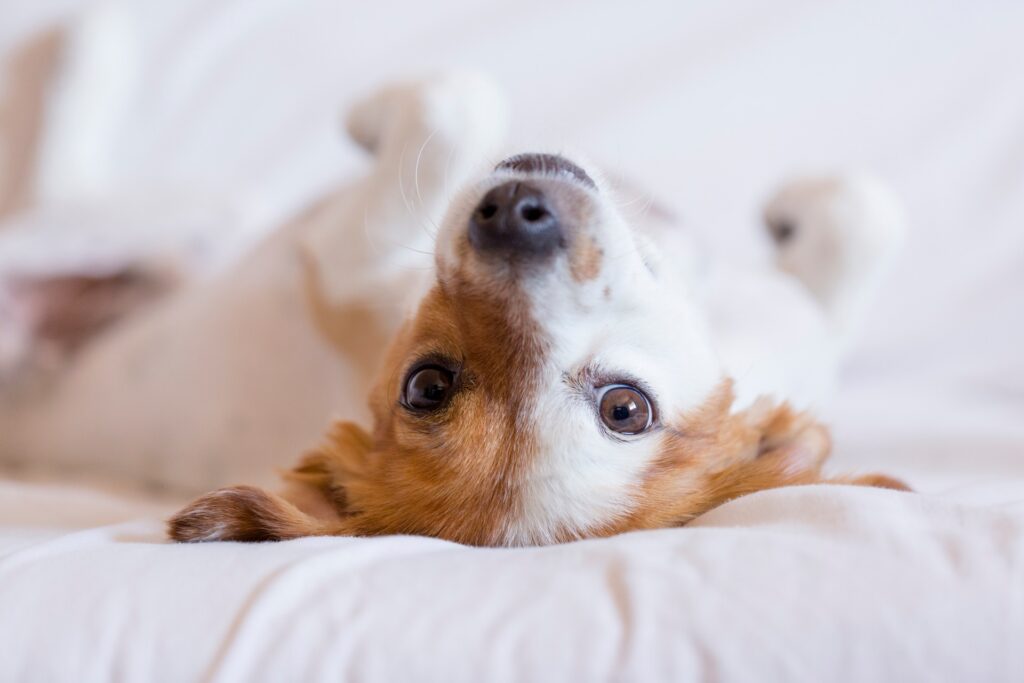 What Does Dog Posture Mean?

How a dog is standing is also connected to their emotions. If a dog is cowering and hunched toward the ground that’s a sign of fear or stress. They may be trying to get away from something so they’re trying to look smaller. It’s also to indicate that they don’t mean any harm. The furthest extent of this is when they rolled over on their back which can mean they’re relaxed, but it can also be an extreme form of this submission.

If their weight is shifted forward they could simply be curious, but when paired with a tail straight up, they may be trying to be larger to be more aggressive and dominant.

One of the universal demonstrations of body language though is when a dog places their chest on the floor and its rump in the air: they’re ready to play.

What Do Dog Facial Expressions Mean?

Dogs can smile and be happy, but this is often more easily deciphered by their posture since if they’re baring their teeth it could also be aggressive.

Surprisingly, dogs yawn as well, but it’s for a different reason than simply being tired. Naturally, if they just got up from a nap, they’re probably doing it because they just woke up, but if they just do so what may feel like randomly they could actually be stressed. Dogs yawn to calm themselves down and by yawning at your dog they can actually “catch” your yawn and de-stress a little. 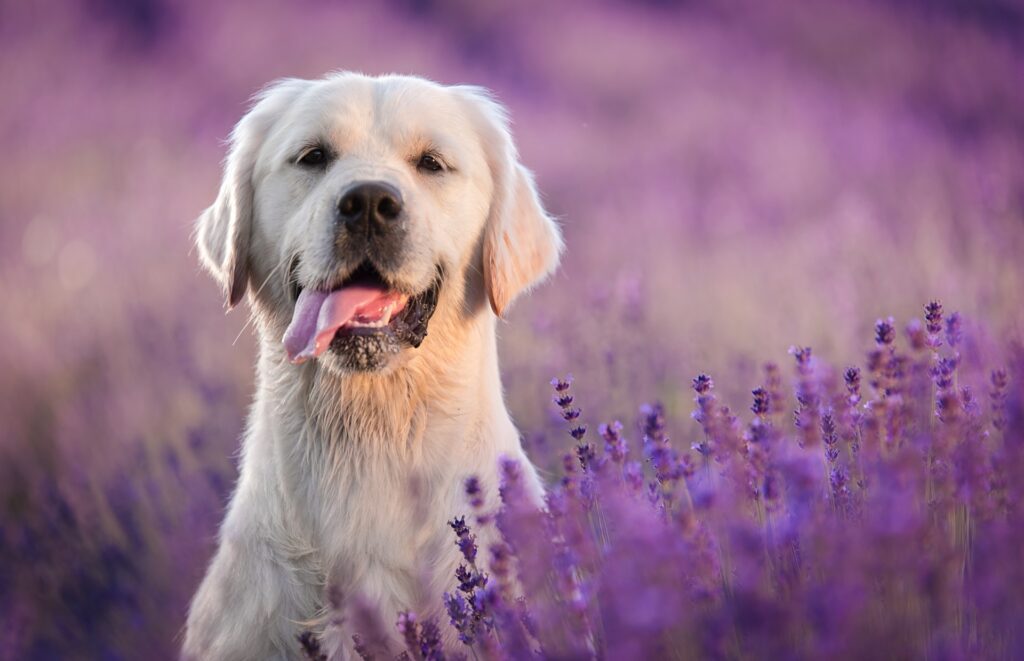 A dog that’s staring intently at you may indicate they view something as a threat. On the flip side, if they’re avoiding your gaze, they will look away as they feel stressed.

There is another difference in their gaze though which has to do with their eyelids. If a dog has their eyes wide open, they could be feeling aggressive, while a softer, squinting gaze means they’re happy or relaxed.

All this being said, like people, your canine companion expresses themself as a package deal through body language. A single aspect taken out of context may seem negative, but when paired with their posture and tail can actually mean they’re quite happy. The next time you see your dog wagging their tail know there’s more intention behind it than there would seem.

Not sure if your dog’s body language seems stressed and they’re not feeling well? Come see our talented veterinarians to get them treated efficiently and effectively.