Please note that we are currently accepting patients by appointments only

Because cats have actually evolved to hide their illnesses in the interest of survival from larger predators it can be difficult, but not impossible to learn how to tell if your cat is sick. Naturally, regular check-ups at a Kelowna veterinarian can catch any issues early.

Below, we detail some of the most common signs to watch for in your cat’s behaviour and appearance.

General Signs for How to Tell if Your Cat Is Sick

Like humans, there are often physical changes you’ll see in cats when they are sick like coat appearance and/or amount of shedding, discharges from the eyes or nose, and their overall appearance.

Changes in behaviours surrounding energy level, sociability, litterbox usage, and breathing will all help indicate if your cat isn’t feeling well too. 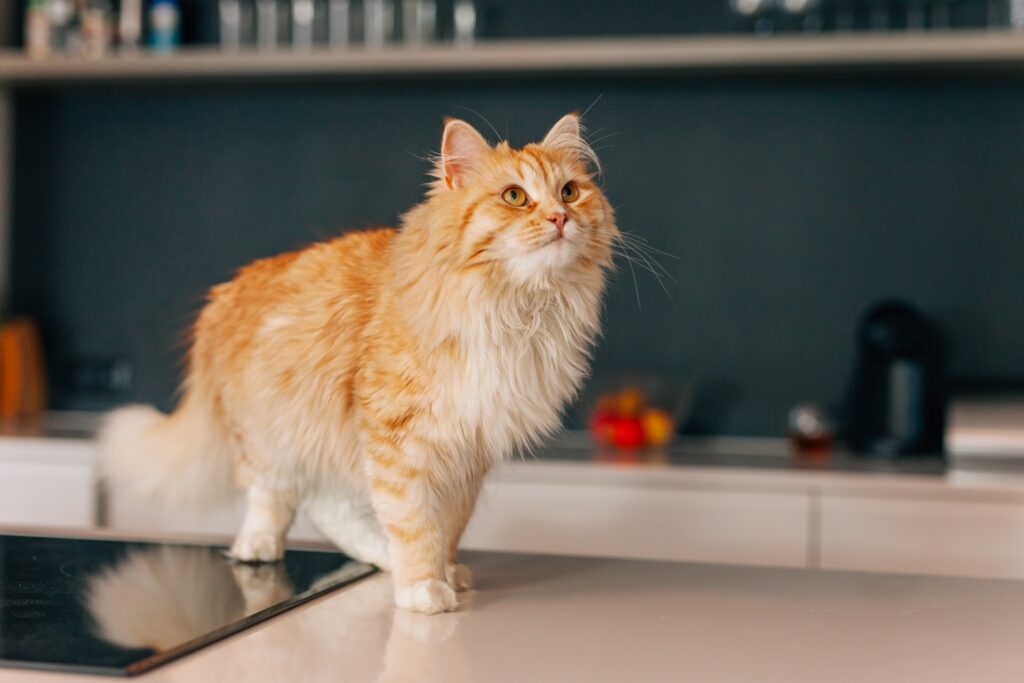 How to Tell if Your Cat Is Sick Through Their Appearance

If your cat is sick, chances are they’ll look a little “off.” If they’re sitting in a hunched position, or aren’t walking or moving as they normally would (either in their balance or the way they carry their tail) these are all signs to watch for.

You know your cat best, if they’re not being themselves, they could very well be sick.

One of the easier ways to tell if your cat has health problems is to check their eyes. Droopy eyelids, discharges that are green, yellow, or white, squinting, pupils that are dilated or constricted, or anisocoria (one pupil dilated and the other constricted) are all strong indicators your cat needs medication or medical attention from a local veterinarian.

How to Tell if Your Cat Is Sick Through Their Behaviour

If your cat isn’t looking “off”, another way to tell if they’re sick is to analyze how they’re acting. In most cases, cats that aren’t feeling well will typically have lower energy levels. Most often, this is seen through their increase in sleeping more, doesn’t play as much, or being restless (even to the point of hyperactivity in some cases).

Also, watch for any changes in appetite. If your cat isn’t drinking or eating as much they could be sick. If your cat hasn’t eaten at all in the last 24 hours, it’s time to take them to the vet to get checked out.

If their breathing is heavy, they’re primarily breathing through their mouth, or can’t seem to stop panting, they could have some health problems.

Overall, if you’re noticing that your cat isn’t themselves or seems to look off it’s a good idea to get them checked out by a local veterinarian.

Let us help you get your cat back to being in good health with our experienced veterinarians! Book an appointment with us today!